To Hexon or not to Hexon - Kallistra

I've been eyeing up Kallistra's Hexon system for some time and am going through the internal processes of justifying the purchase. After a great deal of thought and looking at the pro's and con's it will probably end up as an impulse buy anyway, much like most of my lead mountain, mainly because it looks cool.
Having said that I'm not particularly happy with the way things like roads and rivers are laid on top of the hex grid. I fully appreciate that this is the most pragmatic approach to this wargaming dilemma however a search of the oracle provided one solution. This involves purchasing blank hexes and inverting them. You then have a depth of 10mm to play with allowing you to sink rivers, roads and trench system below table level. Anyway I thought I would give this a go. 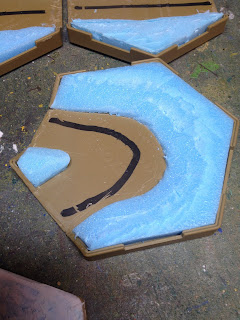 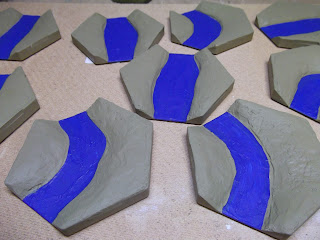 The water was cover with Saphire Blue from the same range. Yes, river water is usually brown/green but it doesn't look as good. 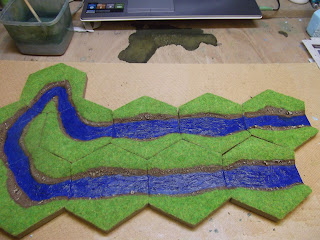 And the finished result which I'm quite happy with. However 10 hexes will not a river system make. This took about 5 hours over a week to make and I probably would need about another 30 pieces for a small table but similar techniques can be used for trench systems and sunken roads so the approach is feasible. So do I purchase the Hexon system?