Alexandrian deployment has a central body of infantry with Alex and his companions behind them and a right wing of light and medium cavalry. 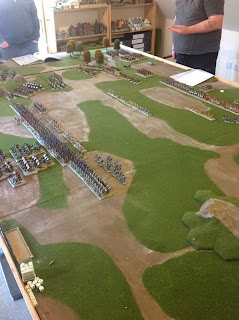 The advance begins on the left but falters in the centre 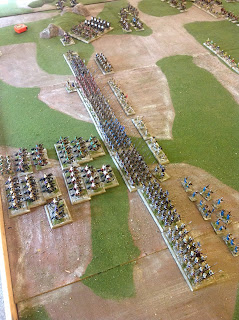 .
The Persian deployment with refused left flank and all their cavalry stationed on the right. 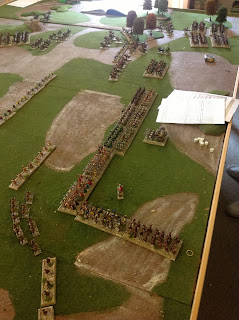 The Macedonian left wing cavalry is heavily outnumbered and out manoeuvred by the lighter opponents. 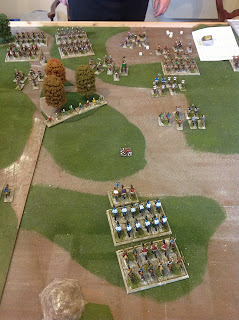 Alex has to move to the left to cover his destroyed left wing command while movement in the centre remains slow. 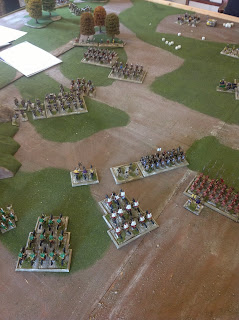 At last Macedonian infantry clash with the Persian infantry but resulted in a first round stand off. We had to end here but it wasn't looking good for Alex. 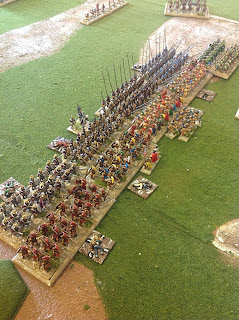 I took some more photos. Persian light and medium cavalry 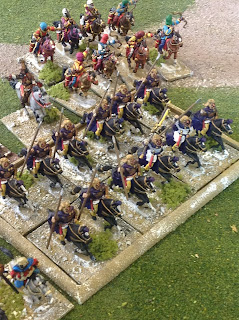 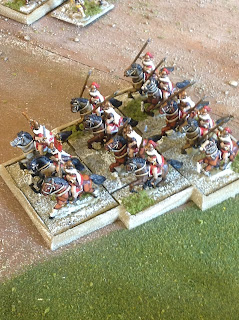 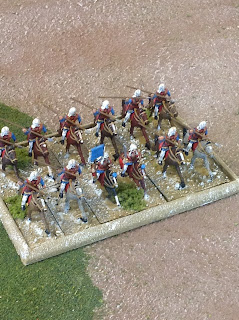 Darius re splendid in purple. 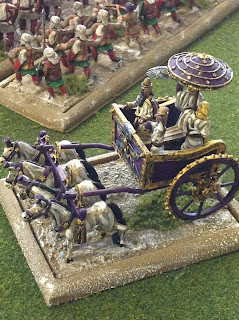 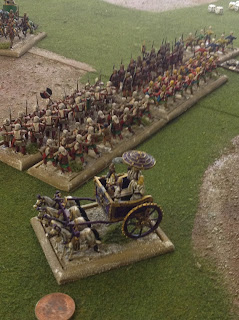 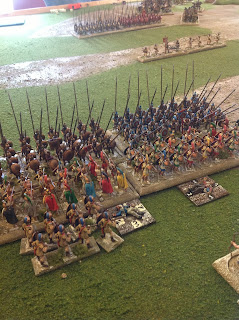 Hail Ceasar has a similar framework as Black powder but movement rates are smaller. Hence the Macedonian advance combined with bad dice throws meant the advance was slow. A slightly different way of calculating combat and distance firing but in essence the same. As usual picking up a set of rules to play either for the first time or after a long time means there is some mistakes until you settle into things. Very enjoyable and lots of lovely figures.
Posted by Pete at 01:36