We decided to set up another Napoleonic game but using 'Napoleon at War' instead. Units consist of a 6 bases but can be classed as under or over strength. British lined up in defence with the French attacking in column. No real object other than the destruction of the opposite force. 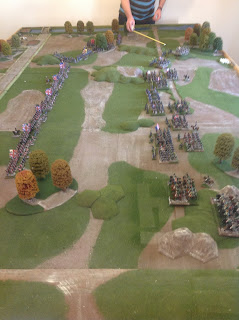 The French advance in the centre but the British a flanking attack. 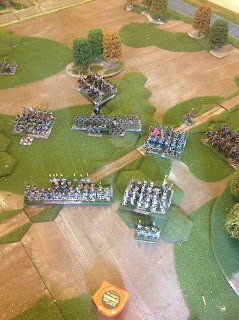 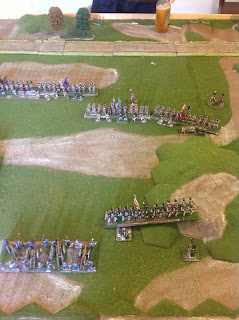 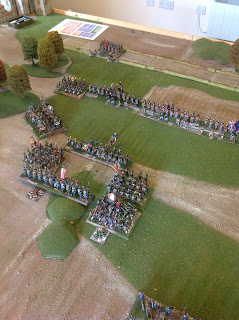 On the French left however things were going better after an initial set back when French columns were stopped by line. Weight of numbers and combined arms started to force the line back. 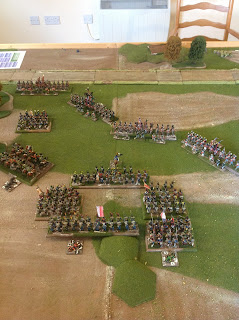 Things starting to look hairy for the Bn holding the pivot as the flank collapses. 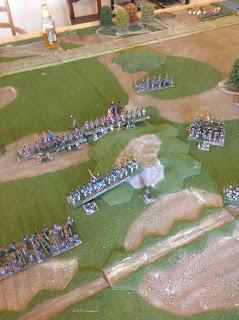 Too much pressure on the French right flank 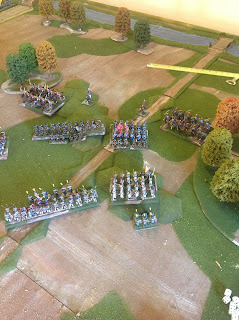 Surrounded but fighting to the end. 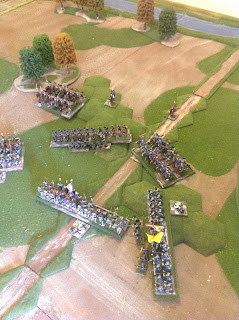 Preferring what was happening on the other flank, 3 British Bn's are slowly running out of space. 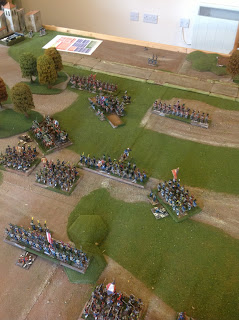 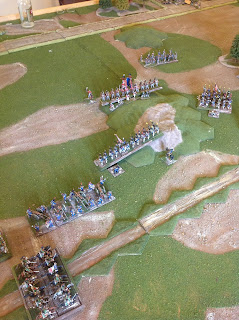 The battle lines are now effectively rotated around the centre by 90 degrees, not sure if this historically viable but it is a game. 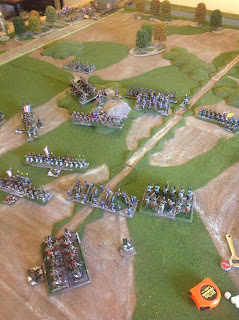 We ended at this point before we did a complete pirouette. Interesting rules with the main feature being whether you were within engagement range, which affected your movement capabilities. Outside this range you could move very freely, as seen by our pirouette but it does speed up the game.
Posted by Pete at 01:14

Email ThisBlogThis!Share to TwitterShare to FacebookShare to Pinterest
Labels: NAP, Napoleon at War